The Maestrea Workers Have Arrived!

Hey Everyone! We hope you've been having fun with all the new content that has been released over the last few weeks, from the new brewery job to the new dungeon to the new relics! We on the staff and content team are always working hard to release new and exciting content for the server, and we are proud to present our newest addition to the server, the Maestrea Worker NPC! We are finalizing some last minute issues with the plugin and it should be released tomorrow!

These workers will help you gather job money and xp, even when you are not actually doing the job yourself! After you buy and pay a Maestrea Worker NPC (explained below), they will begin automatically working the job for you, without even moving! You are able to buy a total of 4 workers altogether from a new NPC who will be added to /spawn shortly!

So recently I have grown very disliking of the current Challenge Boss loot system. It's rather unfair and rather discourages people to actually fight bosses because they won't actually get any of the rare drops because they have to give it to the person who has the token. Well this new system changes that!

What does this new system do? Well when you kill a boss it will spawn a Reward Chest (Which is actually a mob cause I can't use blocks but w/e you get the point) which everyone will be able to open (However only one person will be able to go at a time so it will take some time for everyone to get loot rolls) and after you open it you are teleported to spawn so the next person can open it and get loot rolls.

PROS:
- Everyone will get their own loot rolls and this means everyone can finally get a chance at rare loot! No longer will you have to worry about buying a token and hoping someone will get the drop to give to you!
- Will eliminate people stealing rare drops as they will...
Continue…

Did you know the first Earth Day was celebrated on April 22nd, 1970? After 48 years, it's still going strong, and is celebrated in over 192 countries!
Here on Maestrea, we're constantly building a better server (Though luckily, we have Vacuum for our litter) that everyone can enjoy for a long time to come. Take some time today to read through what's gone on in the past week, and remember that we all have to do our part to preserve our planet!

End crystals have been disabled in /shop, due to them...​
Continue…

Simply join it, make some brews and submit them at the brew trader found at /warp bar.

The way it works is that each brew has a value dependent on the difficulty of the brew.
bad variants of brews aren't accepted, decently made brews and good brews are accepted where the good variants are more valuable,
dependent on the value you get, the more you get paid in the job
(each value represents crafting a bedrock in /jobs info brewer)

We might do some changes to the job to balance it so be aware that any values now, aren't final.
Tutorial on brewing...​
Continue…

Hey Everyone!
The April Outer Space/The Universe Themed Build Event is over and the winners are in!

Thank you so much to everyone who participated and be sure check the forums as we will be announcing the next build event in a couple of days!
Please contact either Me (yalez95) or Jare ingame for your rewards!

First Place goes to HavockStorm for their outta this world build!
They win 1 Maestrea key, 1 Title Key and a $15 voucher. In addition, Havockstorm is now the first player on the server to win the monthly build competition twice! Congrats Havock! 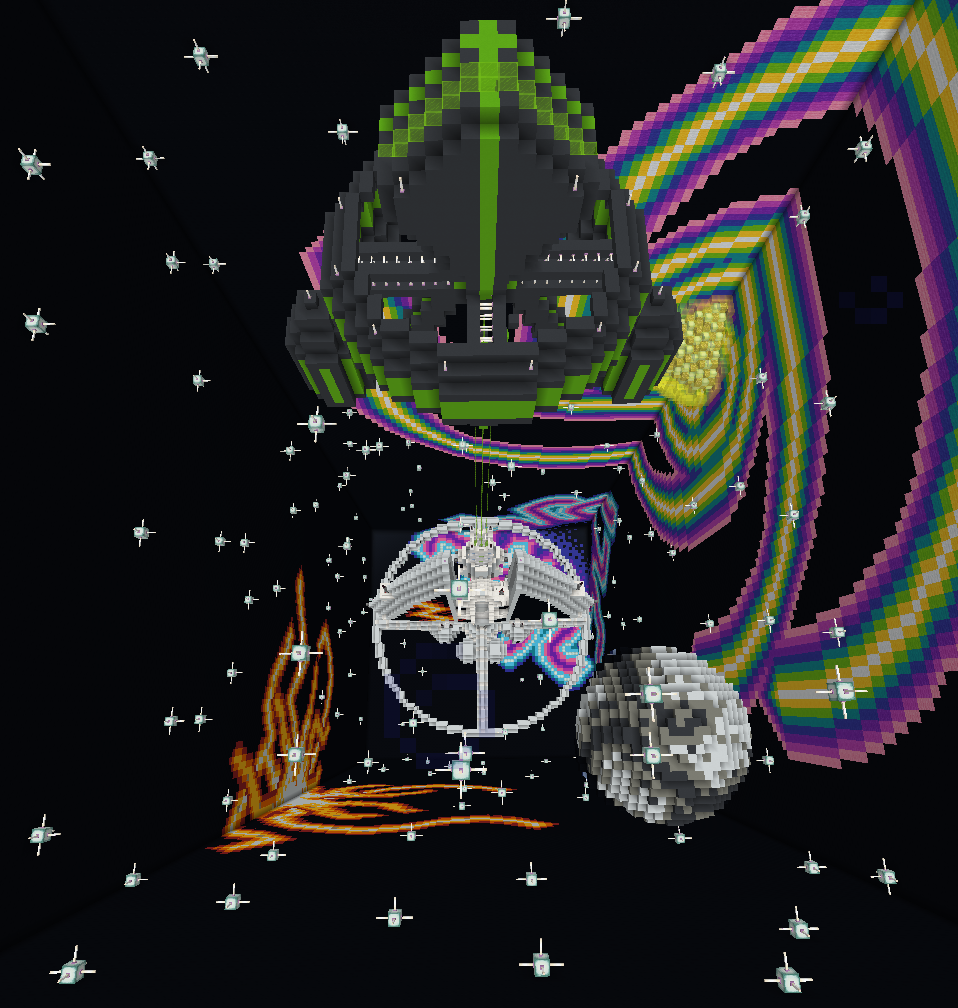 That's right, you there! With the block! You look like you need some updates in your life. Well good news, bud, we've got plenty of them right here! What's that? Why are we yelling? Because we're excited!
At long last, just under a year from the release of the previous dungeon, Dungeon 6 has been released! Whoa!
We've also got a revamped "Community Spotlight" section that's definitely worth checking out. Read on to see all the awesomeness we've put together in this week's update, just for you!