Ok, it’s only been a couple of weeks since Arcanas were released. Even so, I have a new wave of items to reveal. Before I show off any new items though, let’s talk about item seasons and how they will work.

Item Seasons
At last, the first season of items has begun! All players can log in to claim 5 free Relics at spawn today. The chest to claim the relics will reappear next weekend, but each player can only claim their 5 Relics once.

We are officially in Season 1 as of this post and it will run through Saturday, November 5th. With every season 10 new Relics will replace the previous season’s alongside 7 new Arcanas. Some of the Season 1 Relics were released back in July with the summer event, these will be available until November 5th.

The Arcana wave that was released recently is also considered part of Season 1, so these items will be available until November 5th as well. All past Relics and Arcanas will continue to be upgradeable via the ccraft menu, even after they have left the active pool. Each season will show every Relic/Arcana in a single, handy popup: 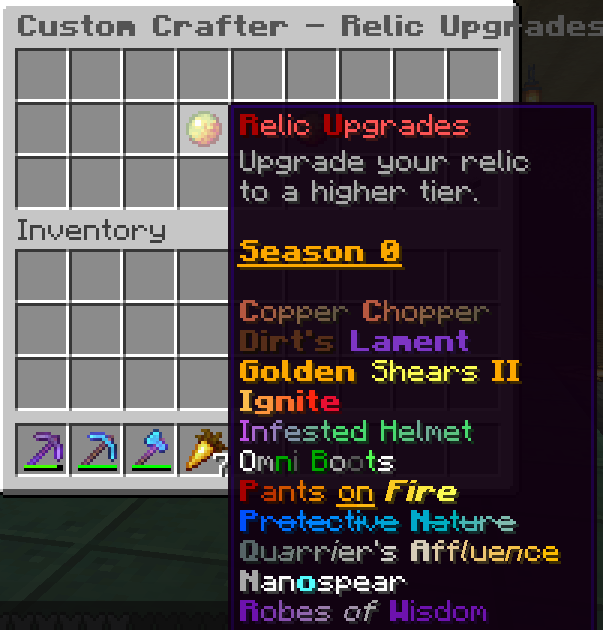 Event Relics
Many of you have been asking about Event Relics and when they will be added to the item pool. Protective Nature was added not too long after the Valentines event but there has been a long wait on Bunny Slippers and a not-so-long wait on the Recovered Snorkel. Going forward all event relics will be included in the season following the end date of their event.

This means that both the Bunny Slippers and Recovered Snorkel are featured in the current Relic season in addition to the usual 10 Relics. On the topic of Bunny Slippers, they are returning with some changes.


Tweaks and Changes
We felt that in their original form the Bunny Slippers were too strong for the Relic tier, as such their re-release comes with tweaked stats in the form of a second edition. Items that are changed in such a way will have “Second Edition” as part of their item lore. The intent is that second editions will be used for rebalancing items to put them in line with what we want from their tier.

The Divine Waders have also received a second edition. There was an oversight in their original design (oops soul speed doesn't work on pants!), and they overall felt too weak for the Relic tier. As such they have been tweaked and re-released into the pool. Note that players with the old version can still upgrade it in ccraft to the newer version! However, players with the 2 or 3 star versions may submit a ticket to have first editions replaced with the new second edition.

Onto the teasers
After all of that reading I figure it’s about time to show off some new relics, so let's excavate a few!

Tired of Bushes? Foliage?
Hate when leaves refuse to decay?

Or when those wart blocks get in the way?

It can even deal with those hard to reach sculk spills! Just keep an eye on your goats...

Stickier than the average pick, the Multi-Mallow Miner is sure to please.
Just keep it away from open fires. 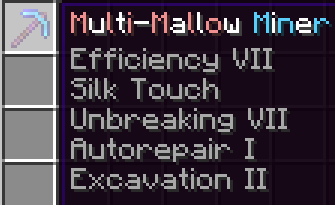 Colorful!
Something to note about these speedy shoes is that the Dash enchant on armor will reduce your cooldown between dashes, but unless you actually hold the shoes in your hand dashing will not occur when right clicking. 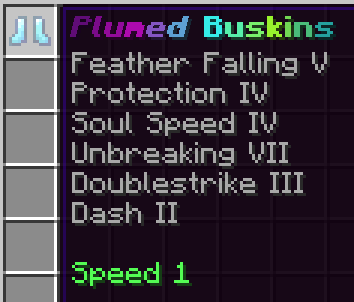 Anything Else?
The Patron and Contributor crates have both had Arcana essence added to match the changes made to the Maestrean and Mythic crates in August. That's about it for current announcements though.

We do have a few more tricks up our sleeves, so look forward to another announcement towards the end of September! For now, get out there and enjoy the new items!

TLDR
Item Season 1 has begun and will run until November 5th, each season will bring 10 new Relics and 7 new Arcanas + any event relics from events that ended during the prior season.
The Divine Waders have been tweaked and re-released, the old versions can still be used to upgrade in /ccraft. Anyone with a 2 or 3 star original may submit a ticket to have theirs upgraded to the new version.
Log in this weekend, or next, to receive 5 free Relics at spawn! One time per player!

You must log in or register to reply here.
Top