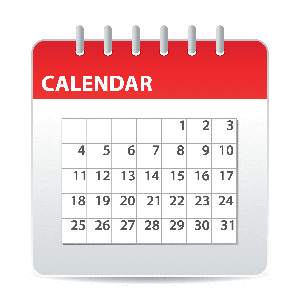 This event contains a calendar piece for the 2022 title​
Greetings Maestreans!

Our summer event will be opening Saturday

General Note: Don't forget that all our NPC's have "Introductory Quests" that they have active all the time.

Dorothy and Ivy teach about the resource world.
Chuck tells you where the Dungeons Entrance is.
Father teaches you how to hunt.
T6 teaches about repair gems.
Matilda teaches about the crystal merchant.

You must complete the above quests before you can begin the event quests.

Vance is selling pottery shards, which are also dropped by bosses.
Use the custom crafter to craft pots for prizes!

Summer Arena
Use /warp summer to get there!

You may grind all the mobs if you want!

Mobs inside the city and on the cliffs will not attack and won't have drops until you are doing the quests to hunt them. If you would like your quests to be easier, we recommend T6 and Father's quests as last.

We have a gift for players who complete Ivy and Archie's quest and help heal the waterfall. This is a number of players task, so a single player will not be able to grind it out for the entire server. Rewards will be granted when the event is complete.

The waterfall will change its appearance as more players continue to heal it! Check back often!

Monthly Event (BONUS!)
Players will have a chance to decorate their own terracotta pot in a 30 minute build contest! Participating players will choose the winner! 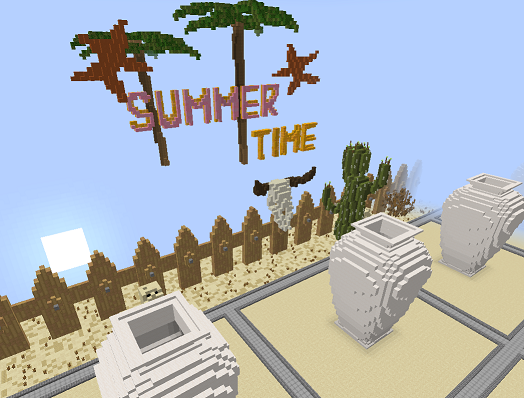 So how do you earn that calendar piece?​

• Ivy will request that you search for Matilda's little brother (Archie) in the arena.
• Find the broken-down car in the area, then return to Ivy
• Kill a total of 10 hares/fennecs/cancels and then return to Ivy again
• Travel to the cliffside cave behind the vulture - then parkour over to the oasis next to the waterfall, where you will find Archie!
• Listen to Archie's story, then return to Ivy
• Go back to Archie to get your next assignment
• Kill mummies to get the torn cloth (torn cloth will only drop if you have the quest active) and collect 16 sticks from anywhere.
• Bring the items to Archie
• Search the car, the bottom of the waterfall and the top of the waterfall for the slingshot (YOU WILL NOT RECEIVE THE SLINGSHOT HERE - BUT YOU CAN BUY IT LATER AS A COLLECTIBLE FROM VANCE - JUST WALK AROUND UNTIL YOU SEE A MESSAGE THAT YOU FOUND IT)
• Bring the slingshot back to Archie
• Return to Ivy
• Go to the very top of the waterfall, the small pool near the black cave entrance.
• Apply your potion to the waterfall and you're done!

Dorothy needs help making some new consumables. You will be randomly assigned 1 of the 3 recipes.

• Find 5 fruit in the event arena (10 minute cooldown)
• Find 16 Ice anywhere
• Find a milk bucket anywhere
• Bring the ingredients back to the correct smoothie machine
• Enjoy your delicious smoothie!
• There is a one hour cooldown on the smoothies.

Chuck would like to gift his crush with something lovely.

Matilda loves caring for animals, even the wild ones.

•You cannot begin this quest until you have completed Ivy & Archie's quest.
• You will be randomly assigned 1 of 3 ingredient lists. The Almond Oil, Aloe Vera and Lavender are all in the summer arena, but only visible if you have started the quest. The honeycomb and allium may come from anywhere.
• Return the ingredients to Matilda and then wait 1 hour. Yes, a whole hour. Yes, we did this on purpose because we're mean.
• After your hour is up, talk to Matilda again. She will give you the salve.
• Find the wounded javelina in the arena - it's at the oasis above the hyena/javelina zone.
• Click the javelina with the salve.
• Return to Matilda to tell her all about it.

T6 wishes to learn more of this new land that has appeared. You will have to fight mobs.

• Walk to the city entrance (just outside the gates), broken elevator (wooden platform inside the city), large cavern entrance (bone-filled cavern behind the vulture), dried up waterfall (the base of the waterfall, right of the blue banner), and cliffside oasis (follow the orange path to the left up to the oasis)
• Return to T6
• Go back to the arena, kill 10 hares, 10 foxes and 10 camels
• Return to T6 (T6 will tell you Father has a quest for you as well - see below)
• Enter the arena, kill 15 mummies (city), 15 sand cats and 15 haunted bones (take the ladder on the elevator, these mobs are on the cliffs above)
• Return to T6 (Now you can begin Father's second boss quest)
• Enter the zone with the large white eroded rock formations, kill 20 hyenas and 20 javelinas.
• Return to T6 to complete your task (You can now complete Father's final miniboss challenge)
Note: You can repeat each of these kill quests. They have a 1 hour cooldown. When doing a repeatable quest, it jumps right to the killing part.

You will not be able to access the miniboss quests until you have completed T6's challenge for the matching zone.

Rabid Jackass (difficult difficulty - in the cave on the clifftops)

Sorry, we're going to be terrible and ask you to figure out the boss mechanics on your own.
Note: You can repeat each of these miniboss quests. They have a 1 hour cooldown.

You must log in or register to reply here.
Top